While statistics estimate that only 2% of all motor vehicle accidents are head-on collisions, these crashes account for over 10% of all fatalities. These accidents, while rare, often get the most media coverage due to their catastrophic nature. Injuries in head-on crashes tend to be more severe due to the speeds at which these collisions typically occur.

When a head-on crash occurs, the most typical kinds of injuries seen are spinal injuries, brain injuries, catastrophic bodily injuries, broken bones, and even paralysis. Many states have taken precautions against these kinds of injuries, installing warning systems and other preventative measures to prevent wrong-way collisions.

The Tampa Bay Reporter reports that two people have been killed and one seriously injured in a head-on collision on State Road 54.

The crash occurred on Friday night at about 10:30 p.m. on State Road 54 near Ashton Oaks Boulevard in Pasco County.

One of the women killed in the accident was a 25-year-old woman from Wesley Chapel who was driving a sedan west on SR 54. For unknown reasons, she lost control of the vehicle and entered eastbound lanes. The sedan collided almost head-on with an SUV.

No one was wearing a seatbelt at the time of the accident.

Man Dies Trying To Cross I-95 in Martin County

Pedestrian accidents on highways are more common than most people might think. Almost 10% of all pedestrian fatalities occur on interstate highways. There are many reasons that a pedestrian might be on a highway. The most common reason is that a pedestrian is attempting to cross the highway. More than 90 percent of crashes involving... 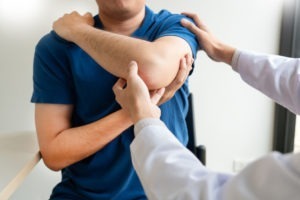