Tiger Woods is facing a slip-and-fall case filed by one of his former security guards, John Davis, who is also a retired police officer. While guarding Woods’ mansion in Jupiter Island, Florida on December 23, 2010, Davis slipped and fell on a marble walkway. As a result of the fall, Davis, who resides in Miami, critically injured his knee to the point at which he was required to undergo surgery. And he will have to endure another surgery this year.

According to the lawsuit, the accident was caused by a poorly oriented sprinkler head that made the marble walkway so slippery that Davis’ fall was inevitable. Davis is therefore alleging negligence on the part of Woods’ company, which is the owner of the sprawling mansion, valued at $45.5 million. The defendant named in the lawsuit is not Woods, but rather, Christopher Hubman, who is the CEO of the company.

In response to the allegations, the defendant contends that Davis should have realized that the walkway was slippery, and thus, was contributorily negligent in causing his own fall. However, under premises liability, Davis had a reasonable expectation of being free from injury while he was working at Woods’ house. And as the owner or resident of the property, Woods had a legal duty to maintain the property in a safe condition.

Because Davis was present on the property as Woods’ employee, he was an invitee, who is someone who receives an invitation to enter the property of another. The implication generally is that the owner or resident has ensured that the premises are safe for all who are invited onto the property. Furthermore, since Davis was patrolling the mansion, it is foreseeable that he would have fallen and injured himself after having encountered a slippery surface. 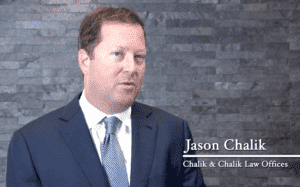 How to Prevent Slip and Fall Accidents During the Holiday Season

The holiday season is a busy time of year that tends to involve activities such as celebrating with friends and family, shopping for gifts and putting up decorations. However, the festivities also bring with them the risk of slip-and-fall accidents that can cause serious injuries. There are a number of precautions people can take to...

Schools in Palm Beach County, Florida, are suffering from various maintenance problems that could result in slip-and-fall accidents for students. The district’s schools are struggling to deal with plumbing issues, roof leaks, malfunctioning air conditioners and mold. In 2014, the maintenance department received around 1,300 calls on roofing problems and over 12,000 reports of plumbing...

Hidden slip and fall hazards of steps and stairways

Slip and fall accidents on stairs can cause serious injuries. Stairways come with inherent dangers that are usually not present on level surfaces. While sometimes the hazards may be obvious, in other cases they may be harder to detect. Property owners can be liable for stair accidents just like slip and falls in other locations....

Slip and fall accidents often lead to more than bruised egos. The National Safety Council reports that 8.9 million emergency room visits are made annually as a result of slip and fall accidents, which could involve injuries ranging from mild to catastrophic. In some cases, the injured party may be able to recover compensation from...

If you have been injured in a slip and fall accident in Florida that was the result of someone else’s careless or intentional mistakes, you could be entitled to compensation for your losses. Do not wait to contact our offices and discuss your options. Call Chalik & Chalik Injury Lawyers today at (855) 529-0269 for...