Researchers have claimed doctors should not assume that a mother who has previously undergone a vaginal delivery is exempt from the risk of her subsequent babies sustaining brachial plexus birth injuries.

A recent study analyzed all brachial plexus birth injuries that occurred between October 2003 and March 2013 at an academic medical institution. There were a total of 78 injuries during that period. According to the findings published in the January 14 issue of the Journal of Perinatology, 91 percent occurred after a natural delivery while only 9 percent happened after a cesarean section.

Brachial plexus injuries were found to be just as common among first-time mothers as women who had given birth at least once before. The latter are generally more likely to have larger babies. In the study, newborns of non-first-time mothers weighed an average of over 1.25 lbs more than their older siblings.

The researchers indicated that doctors often underestimate the birth weight of subsequent babies. Doing so can be dangerous as high infant birth weight is a risk factor for shoulder dystocia, which can lead to brachial plexus palsy. The injury occurs when the brachial plexus — a network of nerves that controls the shoulder, arm and hand — is damaged during the delivery process.

When the birth injury is believed to be the result of medical malpractice or negligence, parents may choose to file a birth injury lawsuit against the doctors or hospitals responsible. Brain damage is among the most serious birth injuries a baby can suffer. It can be caused by head trauma during the delivery process due to oxygen deprivation and decreased blood flow to the baby’s brain. Brain trauma can affect a child’s ability to grow and develop normally, impacting their entire life. A new study...

Florida birth injury lawyer Debi Chalik recently sat down with Jesse Wojdylo to discuss the basics of a birth injury, the signs a parent should look for in their newborn, and who to go to for advice and help in filing a birth injury lawsuit against the doctor or hospital. Call or text Chalik &...

A Brachial plexus injury, also known as Brachial plexus palsy, is an injury that occurs during the delivery of a newborn when the head and shoulder are abnormally stretched, damaging the nerves of the shoulder. This birth injury may cause your newborn’s arm to lay limp or have limited mobility in the shoulder and/or hand.... 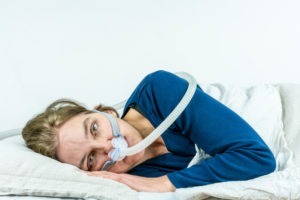