In 2013, the Crespo family filed a medical malpractice lawsuit, and subsequently made a request for binding arbitration in accordance with a procedure outlined under state law. However, Women’s Care Florida denied the request, arguing that Mrs. Crespo had previously signed an agreement that would result in binding arbitration by way of a different procedure.

Most members of the Supreme Court concurred with Mrs. Crespo, stating that the agreement she signed was “void as against public policy,” because it contained terms that were advantageous to Women’s Care Florida, including provisions relevant to the choice of an arbitration panel. According to the majority opinion, arbitration agreements that modify the cost and award of the Medical Malpractice Act (MMA) provisions contradict the intent of the law.

Pharmacists are more likely to make errors when they have more orders to fill, a new study found. The study, published in American Journal of Health-Systems Pharmacy, was authored by researchers from the University of Houston College of Pharmacy and pharmacists at Houston Methodist Hospital. The researchers reviewed medication errors that happened over a one-year...

Plastic surgery is nothing new in the medical world. Millions of men and women have turned to voluntary surgery to improve their looks, going under the knife for procedures like breast augmentation, tummy tucks, and Brazilian butt lifts. A great majority of these surgeries are performed by board-certified plastic surgeons with thousands of hours experience...

The Facts About Preterm Labor Malpractice

Full term pregnancy normally lasts 39 to 40 weeks. However, circumstances do exist where babies are born early, doctors call these premature births. Babies can survive outside the womb as early as 24 weeks, but they face many challenges on their way to heading home. While there are many natural reasons for a baby to...

Hospital-acquired infections (HAIs), also referred to as nosocomial infections, occur frequently. The World Health Organization (WHO) reports that 1.4 million people around the world are suffering from an HAI at any one time. In the United States, roughly 9.2 out of every 100 patients acquire a nosocomial infection, according to Healthline. Some HAIs can be quite serious...

When a nurse fails to administer care when a patient is suffering from a serious complication, the patient’s symptoms may worsen, and the complication may lead to more serious problems, including death in severe cases. Just like doctors, nurses have a moral and legal obligation to provide patients with a high standard of care. When... 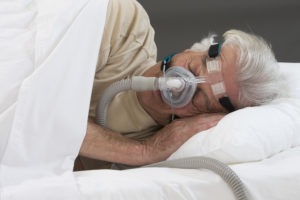