Florida takes the crime of driving under the influence very seriously. Most of the time, a DUI charge is a simple misdemeanor charge. However, there are circumstances that can turn even a first time DUI into a felony in Florida. One of these circumstances is if there are serious injuries in a DUI crash. Another circumstance is if someone is killed in the accident. In Florida, a DUI manslaughter charge is a felony punishable by a minimum of four years in state prison. The guilty driver will also be subject to expensive fines and fees and will lose their driver’s license for at least three years.

The International Business Times reports that a mother has been arrested after a suspected DUI crash killed her 3-year-old daughter.

On the night of February 17th, Zeagler was driving a minivan with her daughter as a passenger when she blacked out allegedly due to intoxication. Her three-year-old daughter was unrestrained at the time of the accident, which occurred when the van struck a palm tree.

The child was ejected from the vehicle and was pronounced dead at the scene of the accident. The mother was taken to a hospital for the treatment of minor injuries.

At the time of the crash, Zeagler was allegedly under the influence of several controlled substances.

Zeagler surrendered herself. She is facing charges of aggravated manslaughter of a child, driving under the influence, and driving on a suspended license.

The Tampa Bay Reporter reported recently that a woman accused of driving while intoxicated (DUI) on Christmas Eve and causing a wreck that killed a man from Clearwater and seriously injured herself has been charged with several felonies following the deadly incident.  According to officials with the Florida Highway Patrol and the Pinellas County Sheriff’s...

Like a DUI charge in many states, in Florida, a first-time DUI is usually a misdemeanor so long as it involved no injuries or fatalities. However, there are times when a DUI can become a felony. The first is when it is a person’s third DUI in a ten-year period. A fourth DUI offense, regardless...

A Driver Was Killed In A DUI Crash Along Interstate 10

Florida State Statutes Chapter 316.193 are the Florida laws that deal with DUI and specifically, DUI manslaughter. If a driver is intoxicated and is involved in a crash that kills another person, they may be charged with DUI manslaughter. This is a second-degree felony and carries with it a minimum four-year prison sentence.  The other... 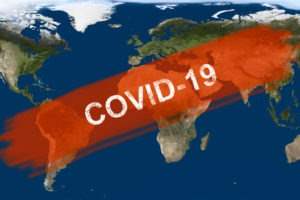